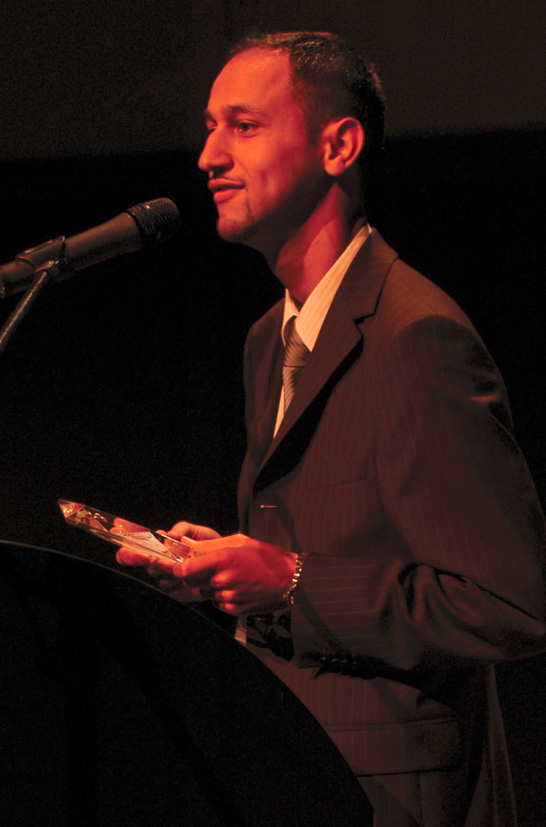 Le Valley du Roses, a famous Valley in the small city of Kelaat M’gouna in the south of Morocco. Famous for its yearly Festival du Roses. Celebrating the harvest of the roses from its valley. During the festival, people from all over the world come to Kelaat M’Gouna to discover its beauty and its rose products that range from perfume, rose water, oil, to cosmetic products, and also to experience the warmth and the hospitality of its generous local people.. It is in this small city of 14000 people I was born in the first month of 1978.

I lived there for the first two years of my life with my mother, grandmother and three older brothers. My father was a guest worker in the Netherlands, he visited our family once every two years, so it wasn’t until I was almost two that my father first laid eyes on me. 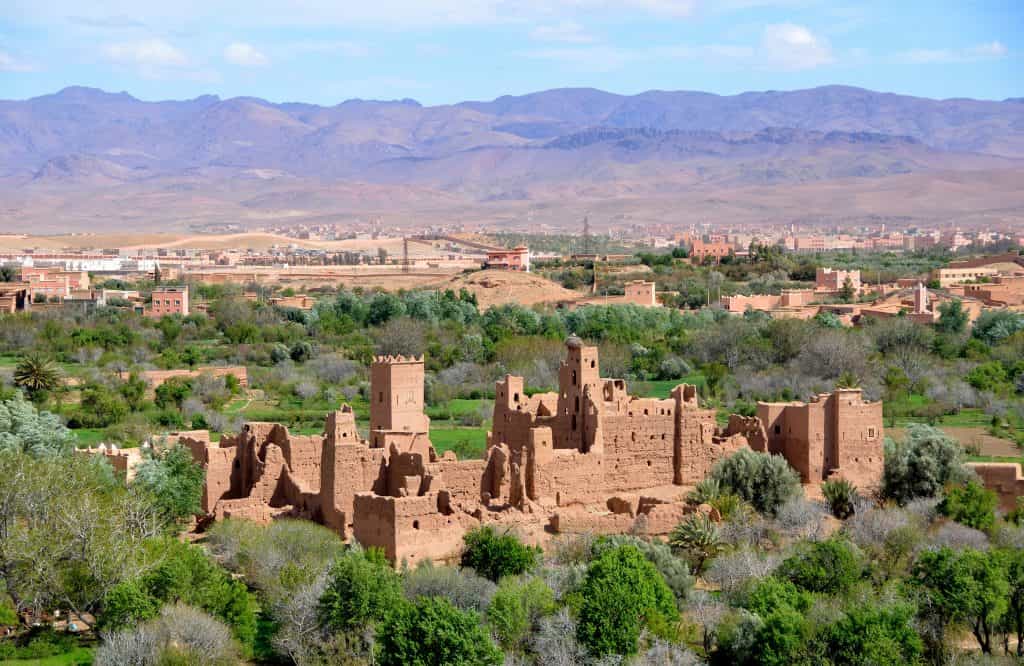 Not long after that when my father was already back in the Netherlands our family suffered a huge loss, my mother passed away. As a result of this, my father decided to bring us (Except for my oldest brother, who stayed to look after the house and our grandmother) with him to the Netherlands.

Leaving the place and people that gave me certainty at such a young age on top of losing my mother, moving to a new country that was alien to me in a radically different situation made me very insecure. This insecurity translated in being shy and introverted for the biggest part of my upbringing.

I loved to draw and was drawn to the amazing fantasy world of comic book heroes. Marvel heroes were my favorite. Specifically Wolverine and the X-men. I collected their comics, drew them and often escaped in fantasies of being them. I even created my own comic book hero.

When I was almost 19 I answered an ad in the paper of a marketing company. I thought I could put my creativity and drawing skills to good use. It turned out to be a door 2 door sales company.

Cold calling door 2 door doesn’t sound like a match to a shy introverted nerd right? .. it wasn’t. To this day it was one of the hardest struggles I’ve had to overcome. I decided not to listen to what every cell in my brain and body were screaming; to run away and don’t look back.

I even decided to not go to university and learn the skills that would make me a great salesperson.  It turned out to be one of the best decisions of my life. Not only did I learn the skills, I got promoted and in less than a year, still 19 years of age I was running my first business. A sales office within the same organization I started in. I was the youngest in my business which employed around 35 people between the ages of 24 and 62. 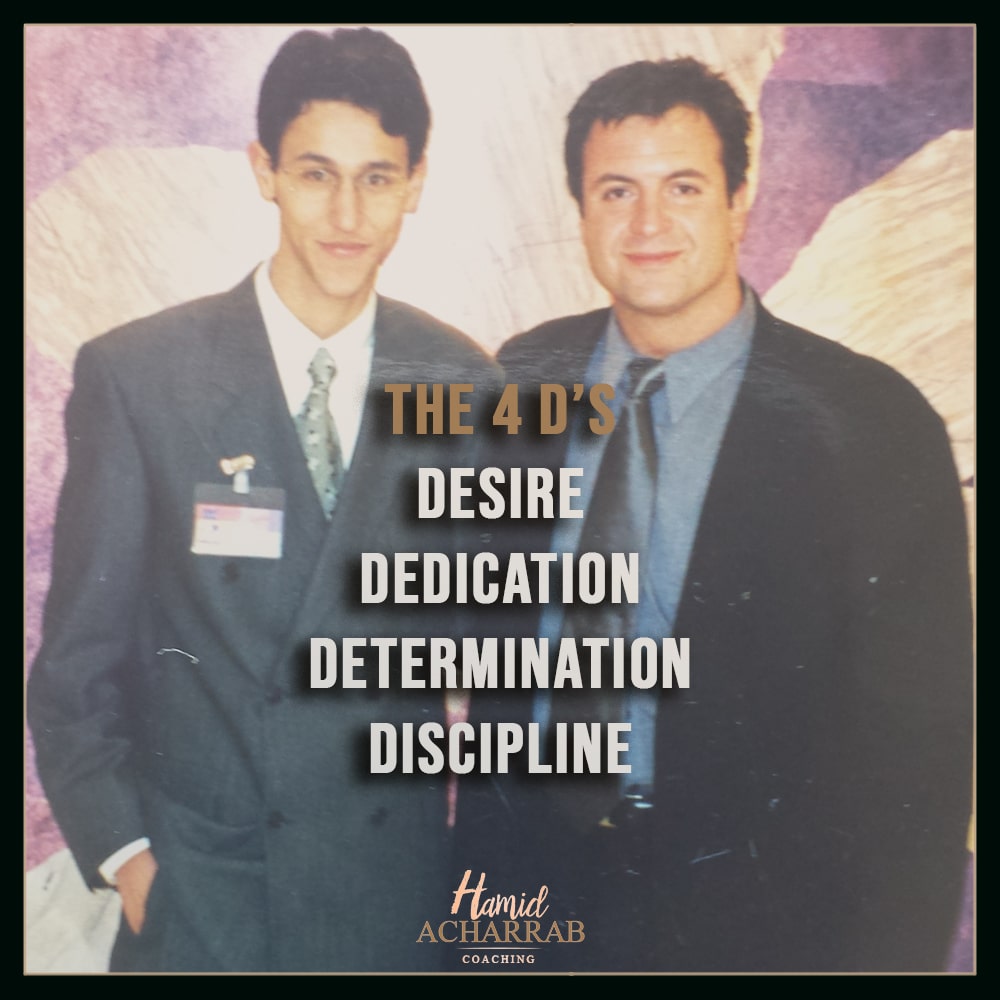 It wasn’t always sunshine and rainbows after that. I had never experienced this level of financial success before. I went from making about 5,- per hour as a pizza delivery boy to about 10k per week. Because of this inexperience, I found myself starting to sabotage my success. Consciously and unconsciously I started doing what I shouldn’t be doing and not doing what I should be doing. It didn’t take long to lose every single one of our employees and be at a point that I had to start over.

In that period one night not being able to sleep because of the pondering about my situation, I was zapping through the tv channels when I came across a Tony Robbins infomercial.

Tony was selling his 30day program “Personal Power” at the time. I decided to buy it. and ordered the tapes and got hooked on Tony’s stuff. Not long after that, I was walking on hot coals bare feet at a Tony Robbins event. I learned all I could from Tony and others like Tony, including Jim Rohn, Werner Erhard, Earl Nightingale, Zig Ziglar, Richard Branson, Wayne Dyer and more of the legends that fit in this category. They fueled my addiction to personal development even more. Ever since I’ve never stopped learning, reading books, listening to podcasts and going to seminars. .

I even got to a point that I met some of my heroes and even partnered with Tony Robbins on his latest product for making self-education the new norm.

I feel very fulfilled in my own right after having coached and trained thousands of people. Distilling the best of what I learned and creating my own development methodology. I continue to teach people how to become their own superhero through my events, training, and content I put out online.

Recently my good friend dutch “The Voice” coach Ali B started his platform Ikwilgroeien.nl (We share the same passion for personal development) In the strategic planning phase I helped him out with long strategy sessions. After the launch he asked me to run the project, which I’m now doing.

As a philanthropist, I mostly support orphans from my home country, especially because I can relate to the situation of losing a parent at a young age. I’m determined to establish an empowerment orphan center soon where orphans can work on their personal development with the tools I’m so obsessed on teaching. Everyone has it within them to become the best version of themselves. We only need someone to ignite it within us and guide us.

I’m is married to Ouarda with whom I not only shares my life and children, but also our passion for personal development. She is a coach in her own right and uses a groundbreaking method that helps her to transform and empower the lives of women worldwide. 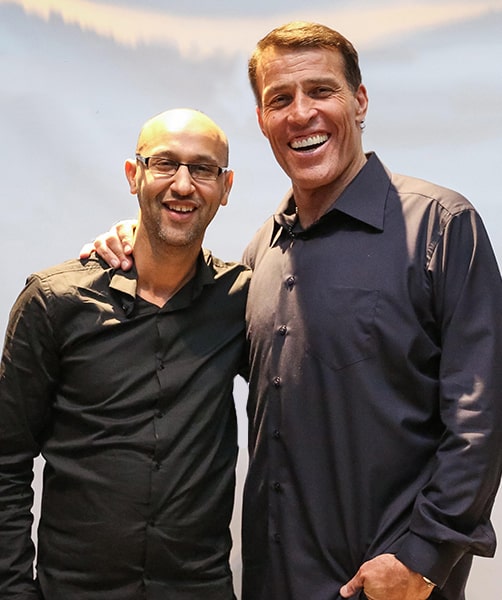